Subject:- Extension of 7th Central Pay Commission in the
cases of pensioners of pre-2016 of the (AYUSH) Research Councils –
regarding.

Sir,
I am directed to refer to the grievance petitions received from the
Research Councils on the subject noted above and to convey the approval of
the MOS (IC), AYUSH in his capacity as the President of the GB of Research
Councils functioning under the Ministry of AYUSH to extend the 7 th CPC recommendations for revision of pension of pre-01.01.2016
retiaries in terms of the provisions contained in O.M
No.38/37/2016-P&PW(A)(iii), dated 04.8.2016 and O.M No.
38/37/2016-P&PW, dated 12.5.2017 (Copies enclosed) of the Ministry of
Personnel, Public Grievances & Pensions, D/o Pension & Pensioners
Welfare.
Read also :  Right to resign cannot be denied by the Employer : Supreme Court Judgment
2. The above decision may be get ratified in the next meeting of GB of the
respective Council.
Encl: As above
Yours faithfully,
Sd/-
(Banamali Naik)
Under Secretary to the Govt. of India 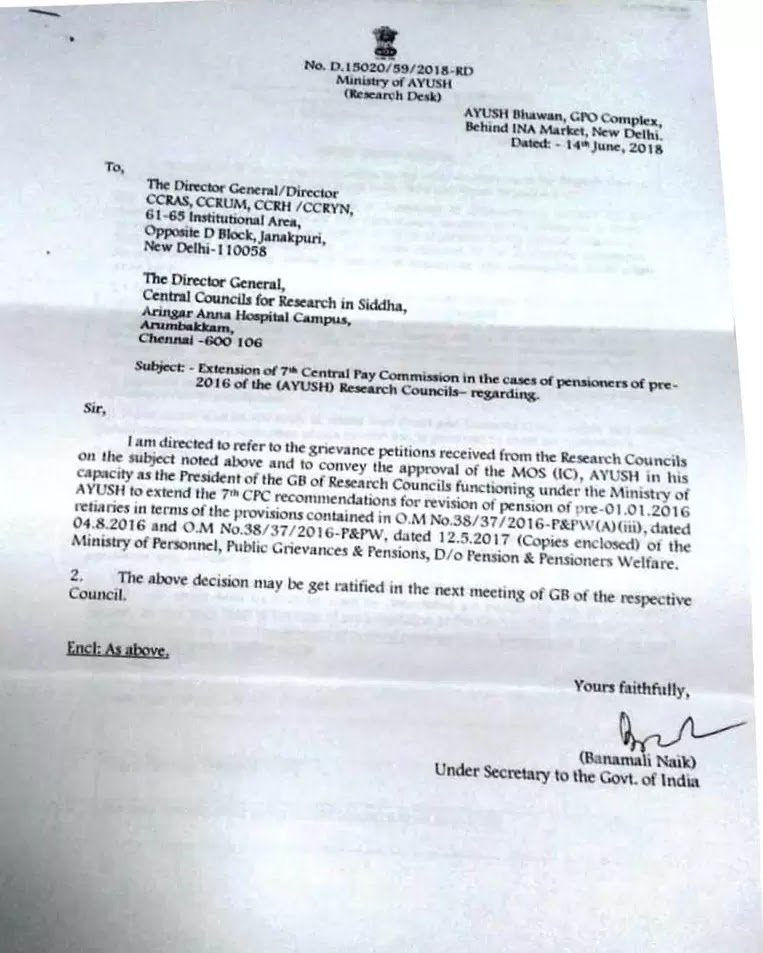