Appointment against Scouts & Guides quota – Clarification of Railway Board

Please refer to your Railway’s letter dated 31.05.2017 mentioned on the above subject.

The matter has been examined in consultation with Estt. (Welfare) Directorate of this Ministry and it is clarified that no one can be a member of two State Associations at the same time or simultaneously. 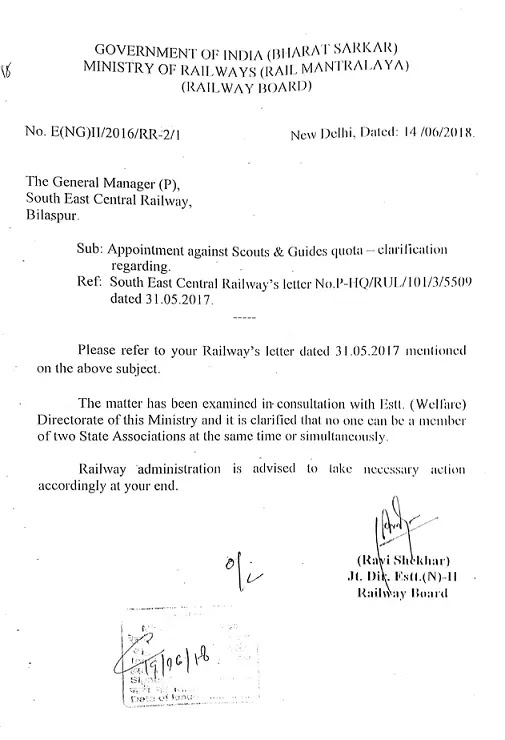 Read also :  Payment of Special Allowance @ 30% of pay per month to the The Track Maintainers performing duties of Keyman and Gate Man - NFIR demand