The Staff Side (NFIR and AIRF) had demanded for grant of 3rd
financial upgradation in the Grade Pay of Rs.6600/PB-3 to Nursing Personnel
under MACPs on the basis of OM dated 09-09-2016 issued by Ministry of
Health and Family Welfare. The matter was examined in consultation with the
Deptt. of Personnel and Training and it has now been decided as under:-
Read also :  महंगाई भत्ते की संशोधित दर @ 9% दिनांक 1 जुलाई 2018 से - केवीएस

c) All the remaining Staff Nurse/Nursing Sister/Matron/Chief Matron who are
to be granted 1st, 2nd and 3rd financial
upgradation under MACP Scheme may be granted next higher Grade Pay.

2. This issues with the concurrence of the Finance Directorate of the
Ministry of Railways.
Read also :  RTI - uploading of RTI replies on the respective websites of Ministries/Departments.
3. Hindi version is enclosed.
(Subhankar Dutta) 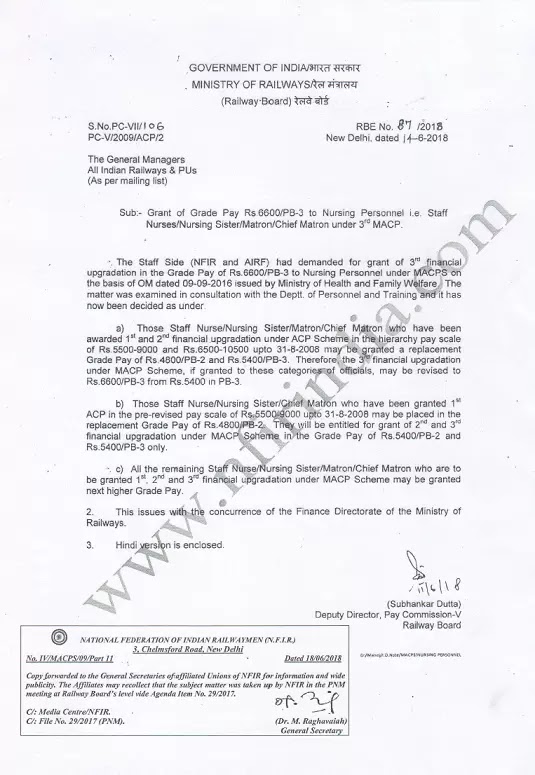