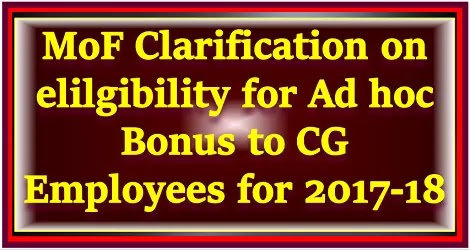 (1) Whether the employees in the following categories are eligible for the benefit of ad-hoc bonus for an accounting year
a) : Employees appointed on purely temporary ad-hoc basis.
b) : Employees who resigned, retired from service or expired before 31st March, 2018.