The President is pleased to decide that all Group ‘C’ & ‘D’ RPF/RPSF personnel, may be granted ad-hoc bonus equivalent to 30 (thirty) days emoluments for the financial year 2017-2018, without any wage eligibility ceiling. The calculation ceiling for payment of ad-hoc Bonus under these orders shall be monthly emoluments of Rs.7000/-, as revised w.e.f 01.04.2014 vide Ministry of Finance (Department of Expenditure)’s OM No. 7/4/2014/E.III9A), dt. 29th August, 2016.
2. The benefit will be admissible subject to the following terms and conditions:-
Read also :  LTC-80 Fares for CG Employees as on 01st July 2018
Read also :  Enhancement/sanction of ex-gratia ad-hoc allowance to Burma Army Pensioners/Family Pensioners
3. This issues with the concurrence of the Finance Directorate of the Ministry of Railways.
4. Hindi version is enclosed.
(N.P. Singh)
Jt. Director/Estt.(P&A)
Railway Board 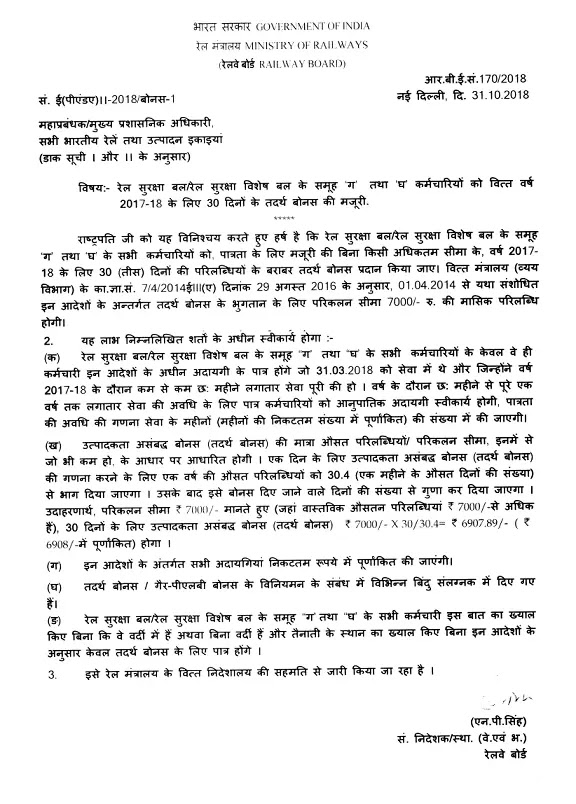