Subject: General Election to the Legislative Assemblies of Chhattisgarh, Madhya Pradesh, Rajasthan, Mizoram and Telangana, 2018 – Grant of Paid holiday on the day of poll – regarding

***
The undersigned is directed to state that, as informed by the Election Commission of India vide their letter No. 78/EPS/2018/992 dated 18.10.2018, General Election to the Legislative Assemblies in the following States are to be held as mentioned against each:

2. The guidelines already issued by this Department vide OM No. 12/14/99-JCA dated 10.10.2001 would have to be followed for the Central Government Offices, Including industrial establishments, in the concerned States.
3. The above instructions may please be brought to the notice of all concerned.
(Raju Saraswat)
Under Secretary (JCA) 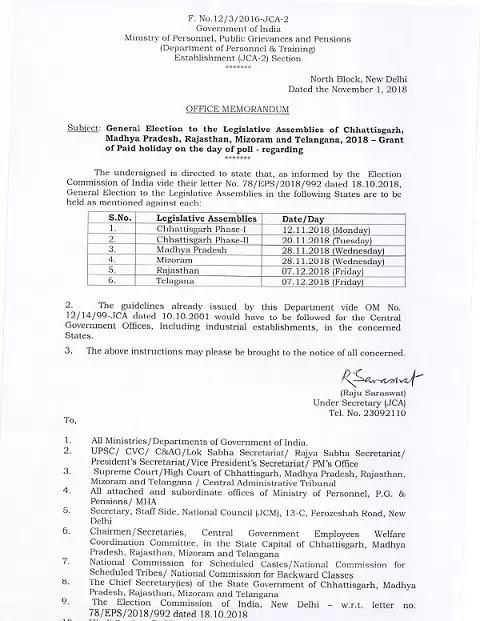