The undersigned is directed to invite attention to Rules 5 & 6 of the CCS (RP) Rules, 2016 regarding exercise of option to come over to the revised pay structure effective from 1.1.2016 as notified by the CCS(RP) Rules, 2016 and to say that the said option was to be exercised within 3 months of the date of notification, i.e., 25.7.2016,of the said Rules. The Rule 6(4) thereof provides that the option once exercised shall be final.

3. The matter has been considered and the President is pleased to decide that in relaxation of the stipulation contained in Rule 6(4) of CCS(RP) Rules, 2016, the Central Government employees, who have already exercised their option to come over to the revised pay structure as notified by the CCS(RP) Rules, 2016, shall be permitted another opportunity to revise their initial option in terms of Rules 5 & 6 thereof. The revised option shall be exercised within a period of 3 months from the date of issue of these orders. The option once exercised in terms of these orders shall be final and shall not be liable to any further change under any circumstances. All other terms and conditions as laid down in the said Rules 5 and 6 shall continue to be applicable.

5. In their application to the employees serving in IA&AD, these orders were issued after consultation with the Comptroller and Auditor General of India.
(Amar Nath Singh)
Director 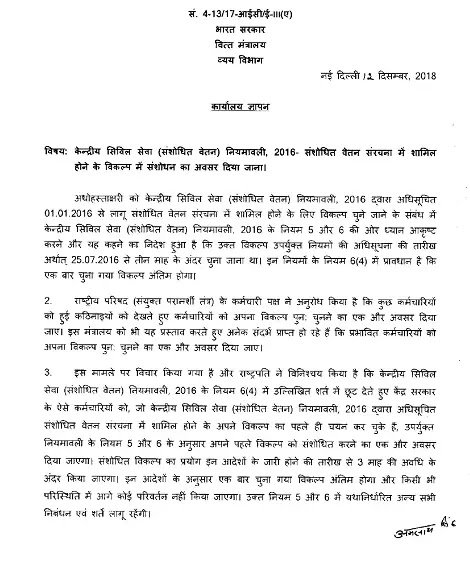 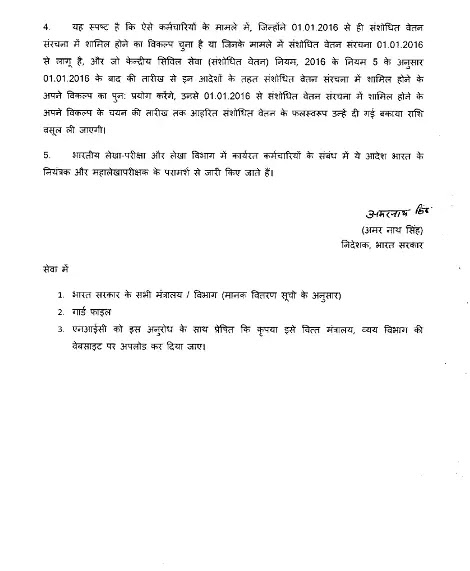