Attention is invited to clause (vii) of the Board’s letter dated 2.11.2007
under reference regarding panel of teachers to be engaged. on contract basis in
Railway Schools. In this context, it is clarified that the panel should be approved
by the Additional Divisional Railway Manager of the Division concerned. In case,
any school is directly administered/Controlled by the HQ, the panel should be
approved by the Chief Personnel Officer. 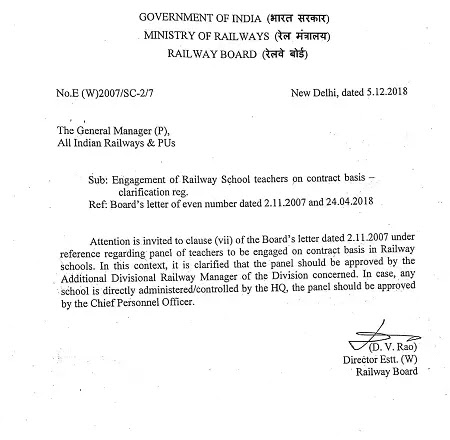