Grant of Paid holiday on 28.01.2019 (Monday) due to General Election of 67-Ramgarh, Rajasthan Legislative Assembly seat

Subject: General Election to the Legislative Assembly of Rajasthan, 2018 – Grant of Paid holiday on the day of poll – regarding

2. In this regard, the guidelines already issued by this Department vide OM No. 12/14/99-JCA dated 10.10.2001 would have to be followed for the Central Government Offices, including industrial establishments, in the concerned State.

3. The above instructions may please be brought to the notice of all concerned. 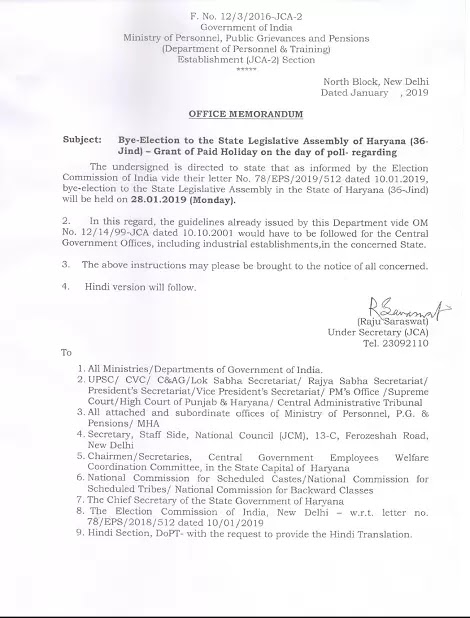