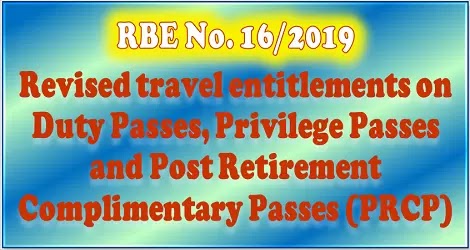 2. In all other respects, the extant provisions of Railway Servants (Pass) Rules, 1986 (Second Edition-1993) will continue to apply.

3. The revised travel entitlements would take effect from 01.01.2016. Accordingly, PRCP/Widow Pass travel entitlement of the railway servants retired/deceased in the interregnum shall be re-fixed by the Pass Issuing Authorities.

4. This issues with the concurrence of the Finance Directorate of Ministry of Railways.