Ministry of Railways (Railway Board) have decided to constitute a Committee to give
recommendation for framing a policy for dealing with philanthropic proposals received from
individuals for creation/augmentation of infrastructure/facilities at Railway institutions such as
Railway Schools/Hospitals/Stadiums etc. The Committee will consist of the following:- 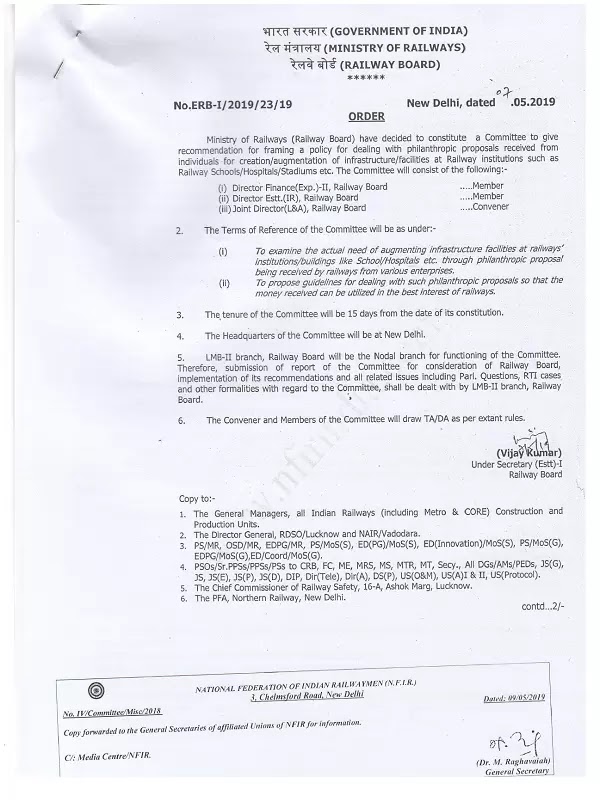