General Guidelines: Procedure for release of accommodation out of Emergency Quota.

Sub: Procedure for release of accommodation out of Emergency Quota.

Comprehensive instructions laying down the procedure for release of accommodation out of emergency quota were issued vide Commercial Circular No. 10 of 201 1 dated 09.02.201 1 and reiterated vide Commercial Circular no. 2 of 2015 dated
21 .01.2015 along with letters of even number dated J 1.10.2017 and 17.09.2018.
1.1 Despite the instructions being in place there is a requirement to scrupulously follow them and be vigilant along with keeping close watch for any misuse of the facility for release of accommodation out of Emergency Quota.
2. In order to ensure that release of Emergency Quota is done in a fair and tmns nt
manner. it is desired that instructions contained in the letters mentioned
above should be followed in letter and spirit. However, the following
general guidelines to be followed are reiterated for strict compliance by all:-
Read also :  Old Pension Scheme under CCS(Pension) Rules 1972 to the employees who were selected during the year 2003 and who had joined service on or after 01/01/2004 - NC(JCM) demands based on the Judgment of the Hon’ble High Court of Delhi
Necessary instructions may be issued to all concerned accordingly.
Read also :  CGEGIS-1980: Tables of Benefits for the savings fund for the period from 01.01.2019 to 31.03.2019
This issues with the approval of the competent authority.
(Shelly Srivastava)
Director Passenger Marketing
Railway Board 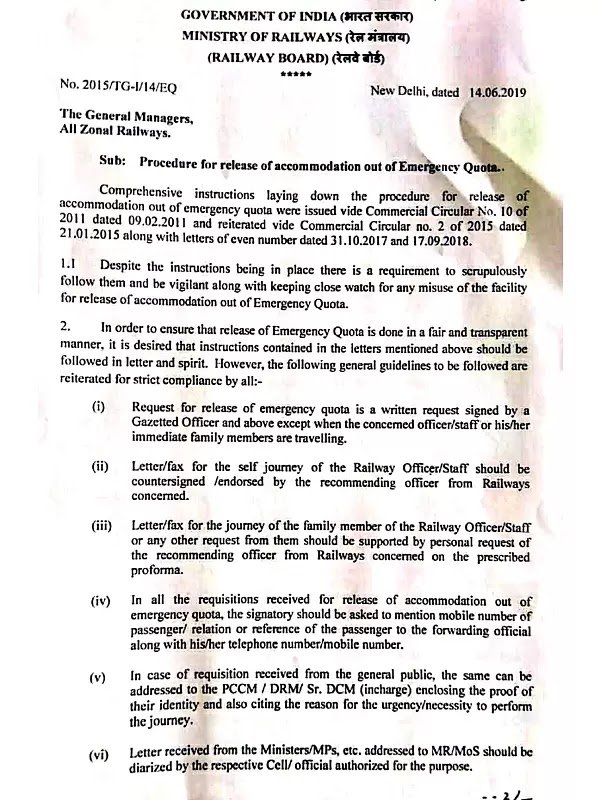 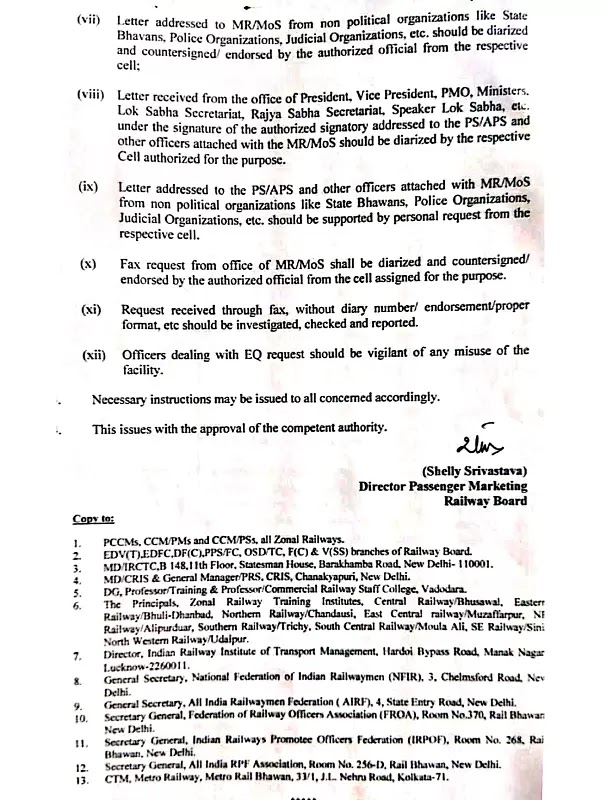