Rashmi Prasad 0 June 19, 2019 2:57 am
Illustrations for Regulation of Pay on Reduction of lower stage in time-scale of pay
ILLUSTRATIONS

Reduction to lower stage in the time-scale of Pay
Example

** In the above illustration, a penalty of reduction by more than two stages
would fall below the first cell of the same Level, such a penalty therefore,
would not be implementable. Therefore, while imposing the penalty of reduction
to a lower stage in time-scale of pay under Rule 11 (v) of the CCS
(CCA) Rules, 1965, Disciplinary Authority may weigh all factors before
deciding upon the quantum of penalty, i.e. the number of stages by which the
pay is to be reduced. 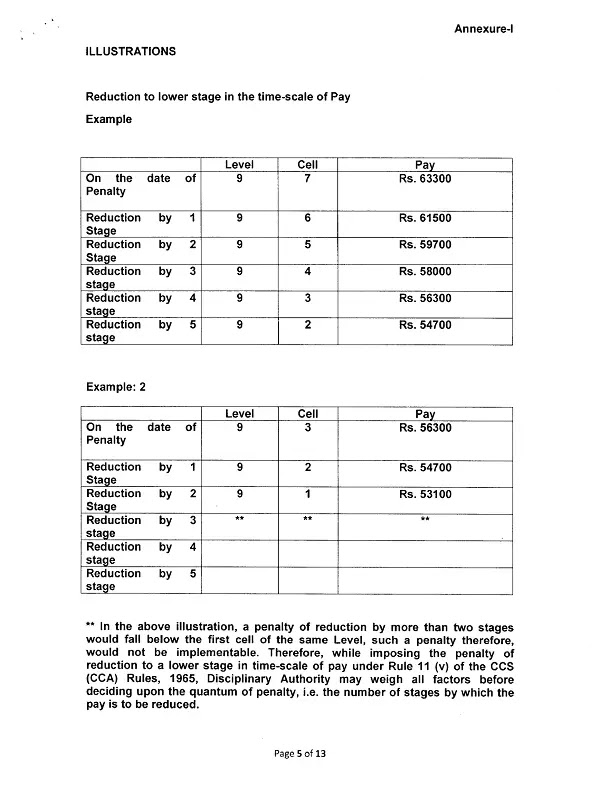