The undersigned is directed to refer to this Department’s O.M No.25013/1/2013-Estt.A dated 21.3.2014, OM No.25013/1/2013-Estt.A-IV dated 11.9.2015, 11.03.2016 and 10.8.2017 for periodic review of Central Government Employees for strengthening of administration under Fundamental Rule (FR) 56(j)/(I) and Rule 48 of CCS (Pension) Rules, 1972.
Read also :  Settlement of LTC claims where non-entitled Govt. servants travel directly by air from his Headquarters to the destination in NER, J&K and A&N - DoPT latest clarification
2. The detailed guidelines on the above subject are already in public domain at
http://dopt.gov.in under ‘Notifications’ > ‘OM & Orders’ >  Establishment
> Premature Retirement.
3. All Ministries/Departments are requested to undertake the periodic reviews in letter and spirit, including in public sector undertakings (PSUs)/Banks and Autonomous institutions, under their administrative control. Department of Public Enterprises will also compile and countercheck with all concerned Ministries/Departments.
4. The Ministries/Departments should ensure that the prescribed procedure like forming of opinion to retire a Government employee prematurely in public interest is strictly adhered to, and that the decision is not an arbitrary one, and is not based on collateral grounds as per the order of the Hon’ble Supreme Court in case of
UOI & Col. J.N.Sinha [1571 SCR (1) 791].
Read also :  House Building Advance Rules (HBA) - 2017
5. All the Ministries/Departments shall furnish a report to
DoP&T in the format given below by 15th day of each month starting from 15th July, 2019. Department of Public Enterprises are requested to also compile and countercheck the data with all concerned administrative Ministries/Departments in respect of PSUs before furnishing the report to DoP&T. 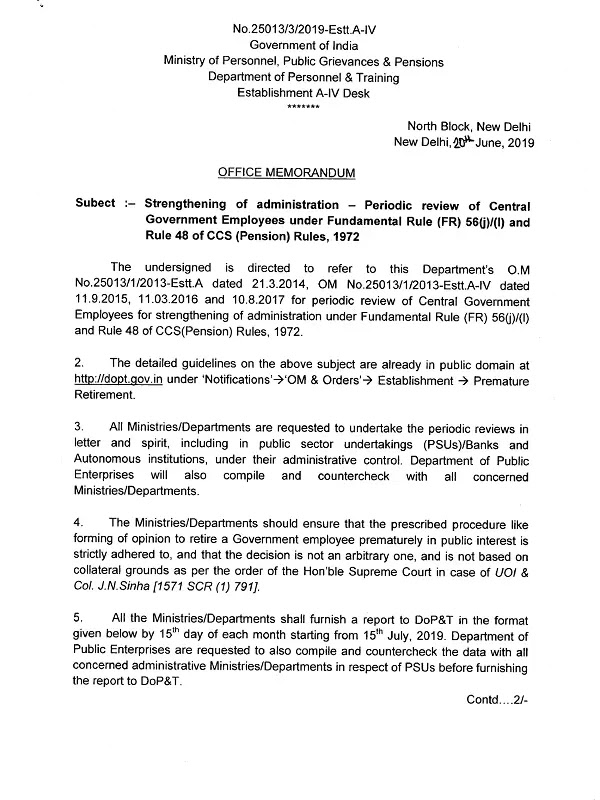 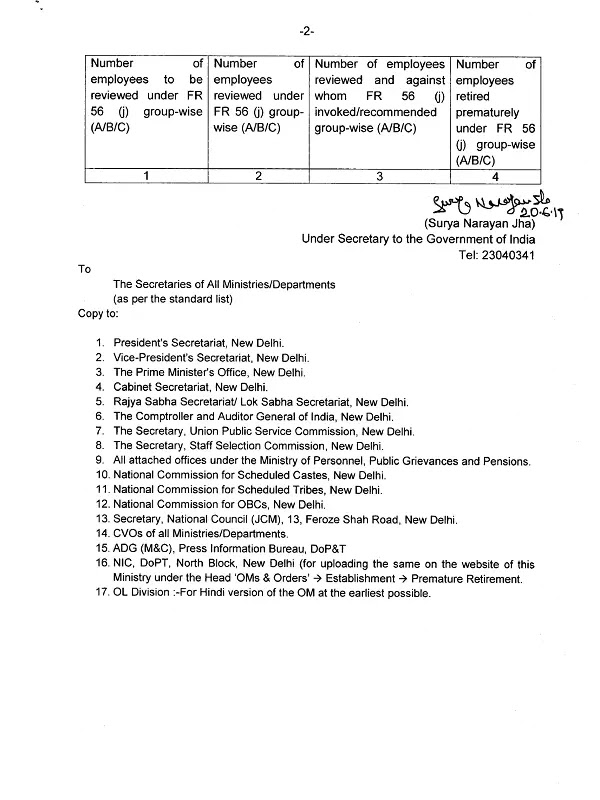