It is announced for general information that during the year 2019-2020, accumulations at
the credit of subscribers to the General Provident Fund and other similar funds shall carry interest at the rate of 7.9% (Seven point nine percent) w.e.f. 1st July, 2019 to 30th September,
2019. This rate will be in force w.e.f. 1st July, 2019. The funds concerned are:

2. Ordered that the Resolution be published in Gazette of India. 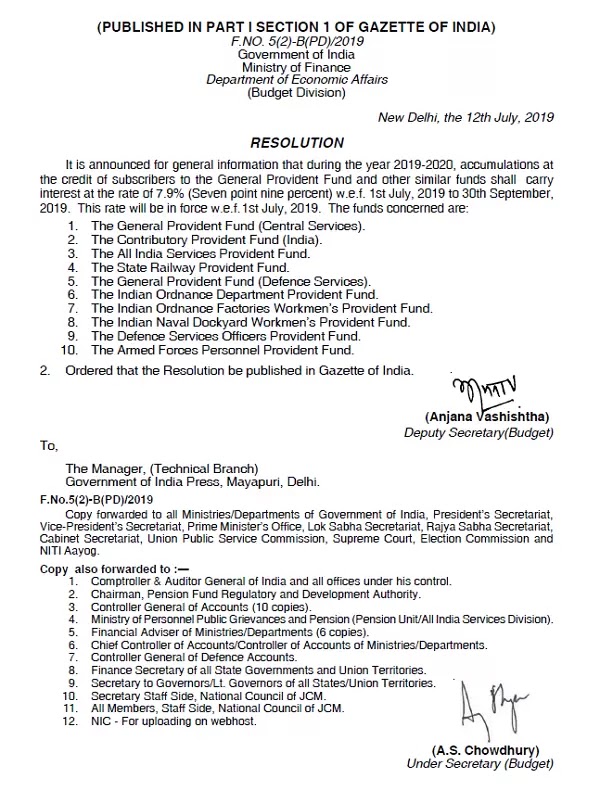 DoEA 11 GPF 24 Interest Rates 14 Uncategorized 2198
Newer Post
Cadre Review proposals processed in DoPT as on 12.07.2019
Older Post
DoPT: Procedure to be followed in cases of disagreement on Recruitment Rules – regarding